Many of you appear to have missed the exhibition of ‘John Sell Cotman: Shelter from the Storm’, held at Leeds Art Gallery, 13 October 2017 to 21 January 2018. This is a shame, since Leeds has one of the finest collections of Cotmans in the world, and this was the first time ever that two hundred of his wonderful pencil sketches have been exhibited. This was quite apart from nearly forty major works, and the major works by Cotman at Leeds rank amongst the most important in the world.

Didn’t hear about it? Well, the art gallery did promote it energetically to the press. Sadly, Cotman isn’t altogether what the modern journalist finds exciting, and the media almost universally ignored it. Read on, and some perspective on that might develop.

Nor was there any printed catalogue of the show. So Sublimesites.co will endeavour to produce a record of it. In this section you will find an introduction to the show’s argument, and in a subsequent part a series of installation and behind-the-scenes shots. 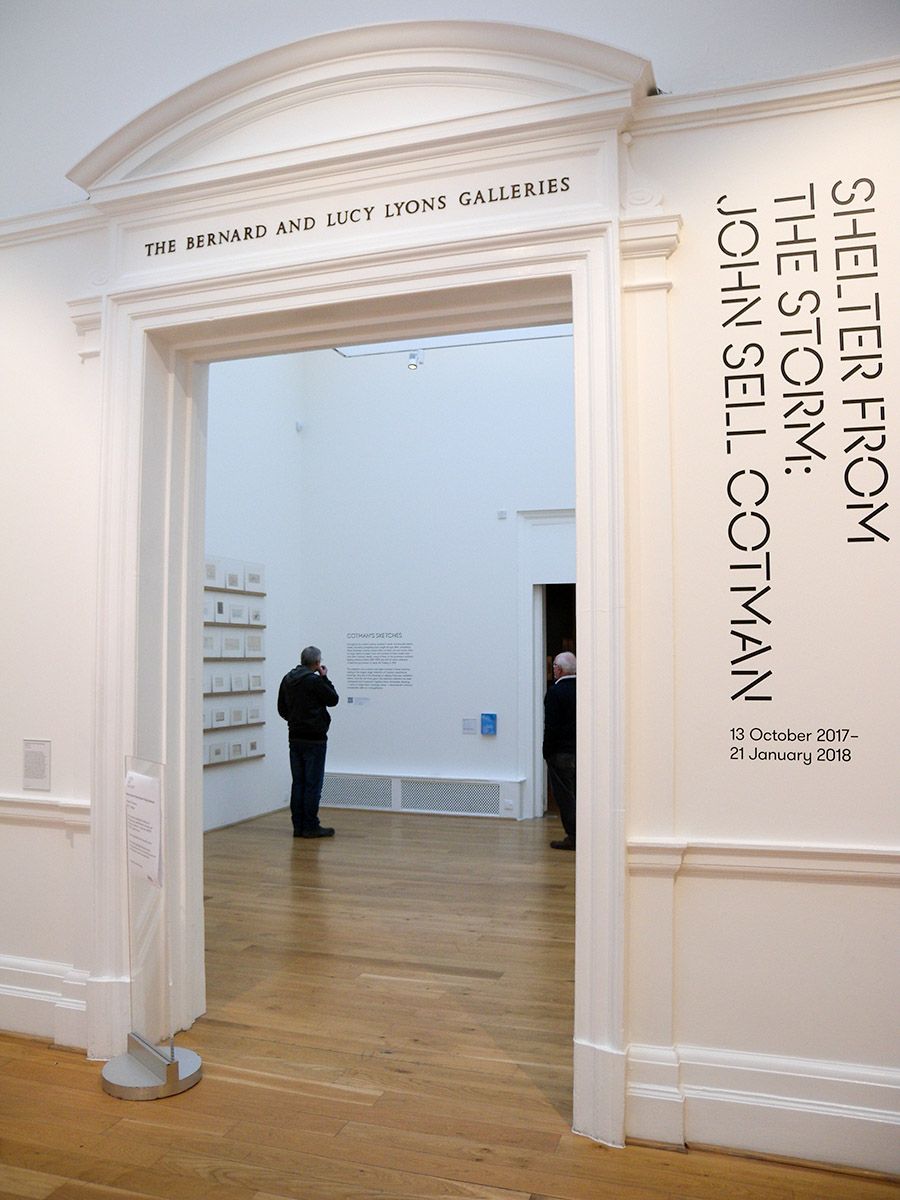 In 1937 the Leeds architect Sydney Kitson left his collection of nearly 850 Cotman sketches drawings and watercolours to Leeds Art Gallery. Just before his death he saw published his life’s work, the still not superseded Life of John Sell Cotman.

As part of Sydney Kitson’s bequest Leeds also received an unrivalled archive of his notebooks, letters, drawings, photographs, cuttings, transcriptions and card indexes, out of which he had painstakingly constructed the foundational biography of Cotman. When the book was published Kitson selected two sketches to best represent Cotman out of the hundreds that he had collected. 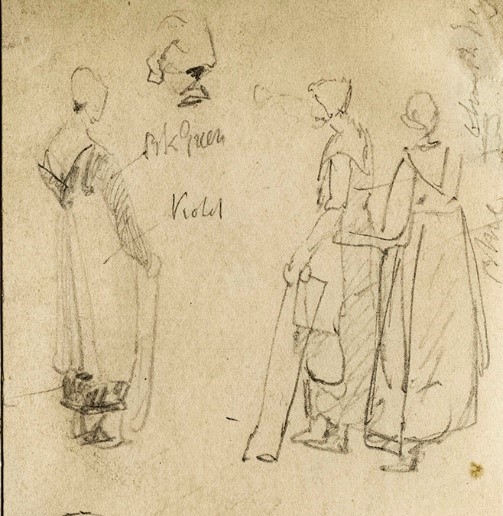 The first was a quick note of a young woman in traditional dress at a Normandy market in 1820. This was traced in gold block and printed on the spine.

The second was a study of a Blasted Oak on an exposed hill, which was printed on the centre of the front cover.

Between them they stand for two key aspects of Cotman’s artistic practice. The first being an enduring sense of human compassion and tenderness, the second being a sense of his own and humanity’s vulnerability to the winds of change and fortune. When the Blasted Oak was drawn, it stood for the withering effects of the times on Cotman’s hopes and situation. Soon after Kitson’s book was published the image came to stand for the withering effects of War. 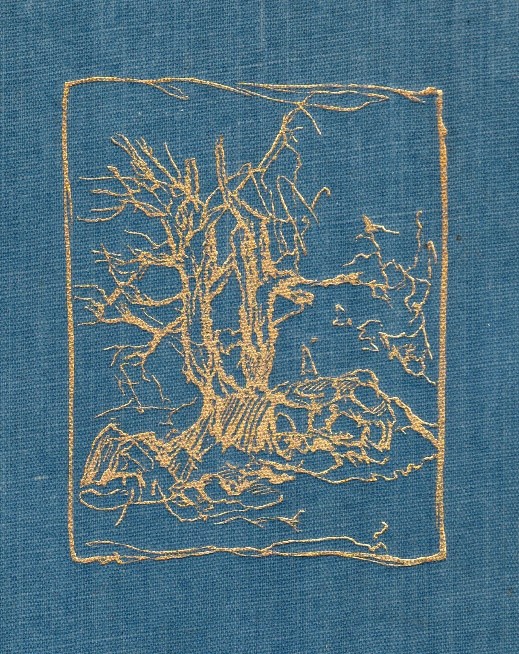 Kitson’s Cotmans were collected between wars. In 1922 the Tate held a major retrospective exhibition of Cotman. Four years after the end of the First World War, this struck a generation with the force of a revelation. Kitson immediately dedicated the remainder of his life to the artist and documented his researches in a series of annual notebooks that he called ‘Cotmania’. Leafing through their pages, a fascinating story of his explorations and increasing immersion emerges. One particular impression is of how strongly Cotman represents a modern sense of the Pastoral. An antidote to the temper of the times.

The Leeds Cotmans have been newly catalogued, and a wealth of new information discovered. This is all to be published in a new online catalogue to coincide with the exhibition. Our commitment has been to ‘Rethink Cotman’. It is obvious now that there will be a multitude of ways of ‘(Re)Thinking Cotman’, and this exhibition will hopefully be the first of many. The whole collection and a huge amount of the archive is now online at http://www.cotmania.org. 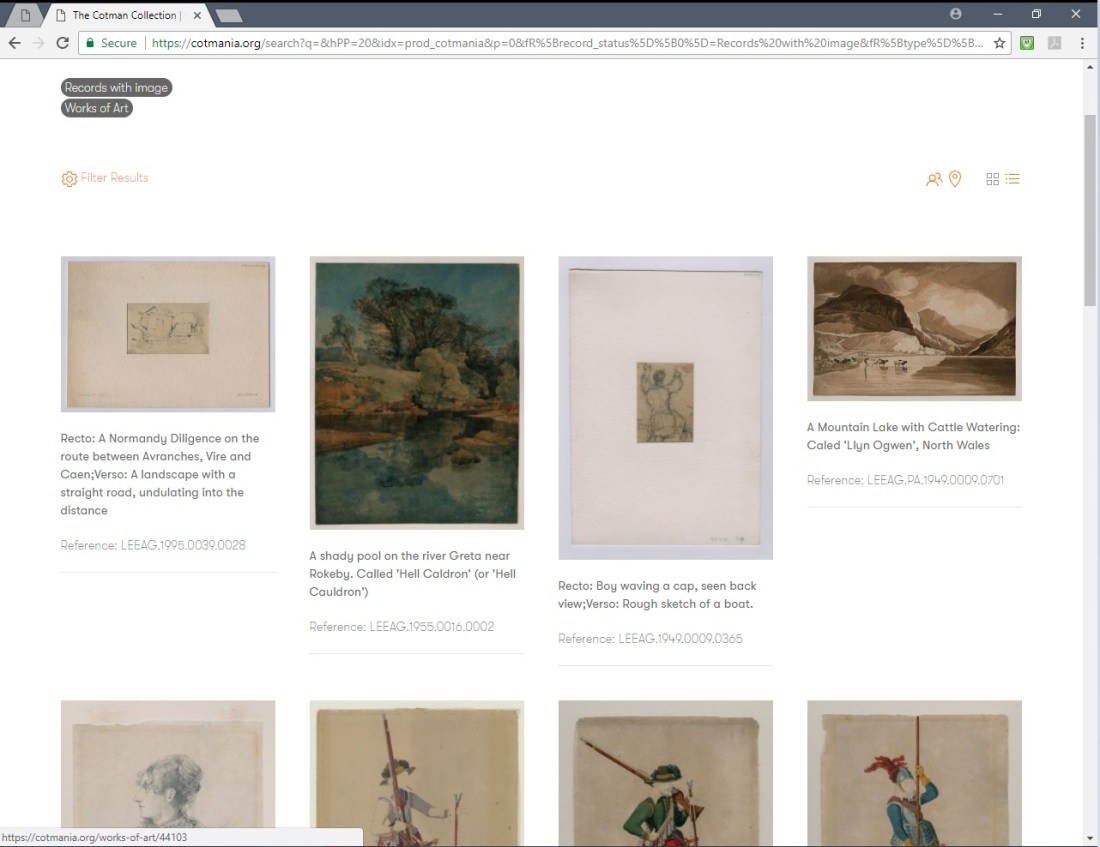 Our approach in the exhibition was to take our structure from Kitson’s own notebooks. And to plot the development of the collection from the year of the first acquisition in 1923, through to Kitson’s death in 1937 against contemporary events and acquisitions. The story that emerged is of the parallels between the times in which Cotman himself worked, and his own sense of their brutality, and the times in which Kitson and Leeds built their Cotman collection, culminating in the chaos and destruction of World War II.

For Cotman, the sense of the pastoral, humanistic sympathy, and the artistically sensitive and subtle were values somewhat at a premium in his own lifetime. In the interwar years of boom, great depression, and a drift to fascism and war, the same values, projected in Cotman, must have seemed at a premium to Kitson. And amidst a contemporary babble of media hype, hysteria, and hyperbole, we rather hoped that the visitor to the exhibition might be prompted to ruminate over what remains of Cotman’s values today. 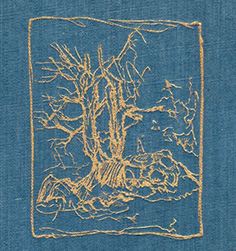